Cristalino Tequila – What is It? And Why Is It Getting So Popular 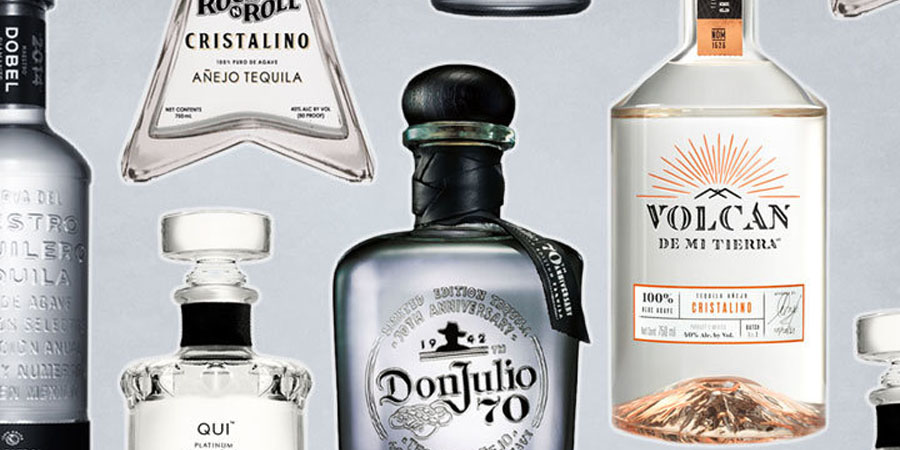 Cristalino Tequila – What is It? And Why Is It Getting So Popular

Most people are familiar with blanco, reposado and añejo tequila, but what about cristalino? This type of tequila is nowhere near as popular as the other three, but it has been gaining fans and getting more notice over the past few years as tequila brands experiment with the category.

Cristalino is essentially añejo, or aged, tequila that has been filtered (often through charcoal) to remove the color it picks up as it spends time in the barrel. The result is a tequila that has the complexity and character of an añejo with the crisp, bright notes of a blanco. These are five cristalino tequila bottles that you should try now.

1: VOLCAN DE MI TIERRA CRISTALINO ($60)
This new tequila from Moët Hennessy (the first from the company) comes in two expressions, blanco and cristalino, entirely foregoing reposado and añejo. The tequila is named for the volcano near the town of Tequila that erupted about 200,000 years ago resulting in volcanic soil that has become part of the region’s terroir.

This cristalino was aged in a variety of casks and is meant to be a sipping tequila rather than a cocktail mixer. “I created a cristalino blend that would embrace the heritage of Mexico and give a soft and subtle personality when placed in Old World barrels,” says Maestra de Tequila Ana Maria Romero Mena.

2: DON JULIO 70 AÑEJO CLARO ($54)
One of the first cristalino expressions to hit the market, this tequila was released in 2011 in commemoration of founder Don Julio Gonzalez’s entry into tequila making. The liquid is aged for 18 months in American white oak barrels before being charcoal-filtered to remove its color. This is another high-end tequila that’s meant to be enjoyed neat or on the rocks rather than mixed in a cocktail.

3: QUI PLATINUM EXTRA AÑEJO ($57)
Qui differs from other cristalino tequila in the fact that it’s aged for a longer period of time—three-and-a-half years—in Tennessee whiskey and French Bordeaux barrels. It then undergoes what the brand calls “proprietary filtration” to remove the color from the liquid. Qui encourages you to use the tequila in a variety of cocktails, although sipping neat is not a bad idea either.

“We set out to democratize the once-inaccessible extra-añejo category,” says owner Medhat Ibrahim. “Therefore, we don’t make a blanco, reposado or añejo, just the platinum extra añejo, as our goal was to create one of the highest-end sipping tequilas but accessibly priced.”

4: ROCK N ROLL CRISTALINO ($49.95)
It might seem like a joke, but there’s nothing funny about this cristalino tequila, sold in a Gibson Flying V guitar-shaped bottle. There are also blanco and mango expressions to choose from, but the cristalino is probably your best bet, aged for a few years in oak barrels before being filtered, which brings out notes of fruit and cedar.

5: MAESTRO DOBEL DIAMANTE CRISTALINO ($50)
This premium tequila brand claims to have the first cristalino multi-aged tequila. This means the Diamante is a blend of extra-añejo, añejo and reposado that has been aged in European oak before going through a double-filtration process.The reason for blending these different ages of tequila is that the brand is looking to retain the various flavors derived from time spent in barrels that highlight characteristics from bright to deep oak.